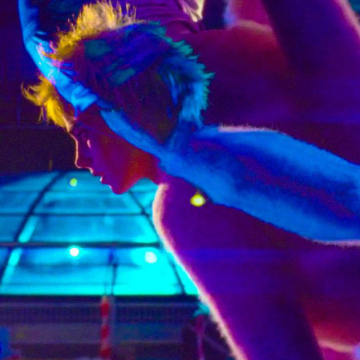 Queer X focuses on experimental filmmakers working internationally while tracing queer aesthetics through historical works, presenting quintessential LGBTQ film and video, alongside up-and-coming artists and filmmakers. The program(s) showcases contemporary works by queer artists alongside works by their historical predecessors in queer-oriented film and video. In addition to the art film screenings, there is a lecture series and a Q & A with the invited filmmakers as well as an exhibition catalog. 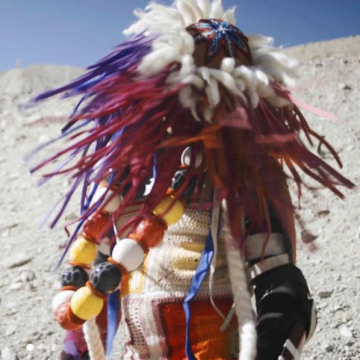 Cosmo Vision is a virtual reality and short film series featuring three multimedia Indigenous and immigrant artists. Each artist will take the viewer on an intimate journey through their creative process and provide perspective into how their cosmologies impact their future outlook and art production. Each artist’s perspective creates a just and liberated world in which Indigenous and migrant peoples experience restored self-determination.

Cannupa Hanska Luger, “The One Who Checks & The One Who Balances” site-specific land acknowledgement, Taos, NM for Jade Begay’s “Cosmo Vision” photo by Dylan McLaughlin 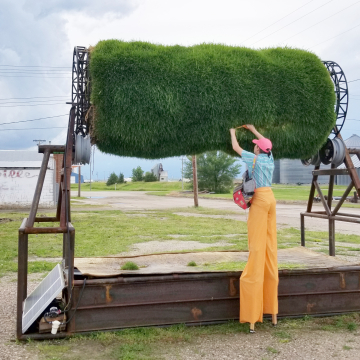 Edible Carnival is a techno-grotesque traveling eco-spectacle that creates and tours interactive sculptures and performances that delight and educate. Carnival Games is a new series of smaller works designed to be portable and installable anywhere. Funding goes towards the development of a new line of games based on classic favorites with a twist, and explores ecology, food production, and power systems. 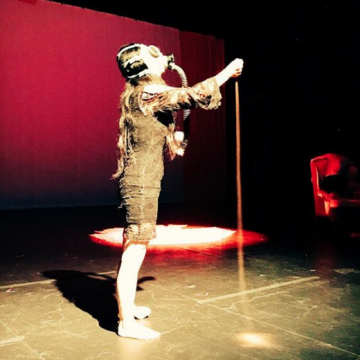 Wilderness Mute is a multidisciplinary performance weaving together music, installation, and Butoh dance that commemorates the 75th anniversary of the atomic bomb. Inspired by personal stories from Hiroshima, Nagasaki, and affected communities of New Mexico, this project is a statement about the urgency of preventing further nuclear war and disasters. 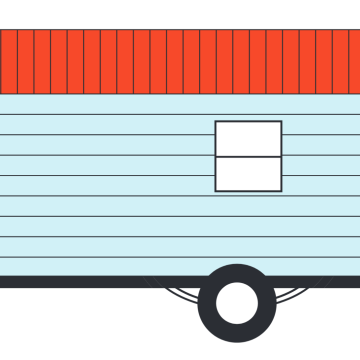 Alluding to belonging and home, Querencia is a mobile art piece that uses a bicycle to pull a trailer that looks like a mobile home. The trailer isa walk-in space that directly engages Santa Fe’s South side community. Using public engagement, Querencia speaks to housing issues and the history of segregation and displacement in Santa Fe. 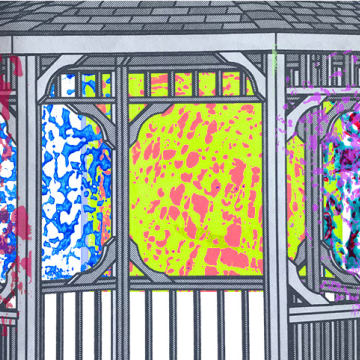 Calendar is a backyard gazebo located in Albuquerque’s Highland neighborhood that showcases the work of contemporary artists through exhibitions and special project. Support from the Fulcrum Fund supports a 2020 program of solo exhibitions featuring Eve Fowler, Sun You, Joshua Abelow, Jeffrey Tranchell, and Stephen Maine. 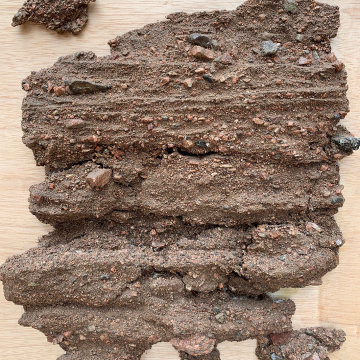 Rio Grande Flow is a collaboration between art and geology that will consider the past, present, and future flow of the Rio Grande River. Kendall is creating and exhibiting sand peel sculptures and a small publication meant to capture and depict the strata of the sediment deposits in the upstream part of the Rio Grande River System. The publication delves deeper into describing the sand peel sculptures and develops a narrative of flow (flow of water, sand, people, and time) that highlights the social history and geopolitics of the Rio Grande in Northern New Mexico. 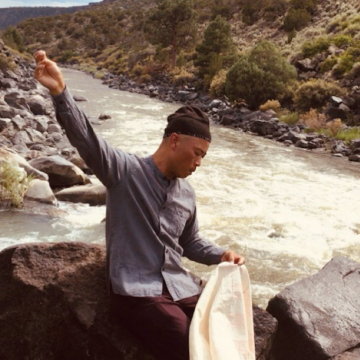 “… with Liberty and Justice for All” is a zine publication that chronicles Ma’s forthcoming durational performances of stitching onto his appropriation of the U.S. flag at sites of public gatherings, sites of arrivals and departures and sites of longing. The work examines how Ma’s action and the sharing of his rewritten pledge of allegiance counter the recent xenophobic rhetoric made by the President of the United States when he told four congresswomen to “go back to their country.” The socio-political intervention invites curious passerby to meaningful conversations on how we can re-imagine the pledge of allegiance to achieve a more equitable space. 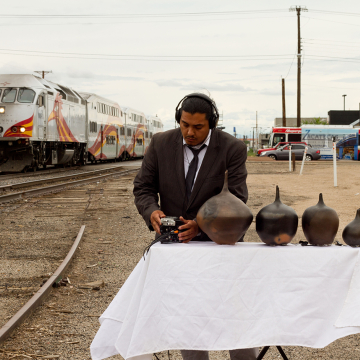 Using archival imagery, histories, and maps of Albuquerque’s South Valley and Barelas neighborhoods, Ruben Olguin leads the creation and presentation of two public exhibition video mapping and sound performance events. The project works with local student organizations to create performative events at sites throughout Albuquerque, as well as the production of digital artworks of sound, video, which incorporate maps, media, and documentation about the histories and contributions of People of Color to the Albuquerque area. 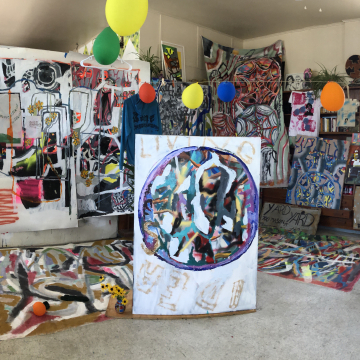 Couples Therapy is a space and publisher that presents New Mexico-based artists and ideas through a lens of intentionality and intersectionality, by creating a conversation that enriches and redefines the landscape of contemporary New Mexican art. Through curatorial pairings, DIY aesthetics, and a year of programming, Couple Therapy provides exhibitions, Risograph books, and poster editions in what is both part gallery and part classroom for community based workshops, drop-in Risograph publishing, and public events.