POETRY & PUBLIC FORUM: Species in Peril on the Borderlands

The public is invited to a free forum and poetry performance at 516 ARTS, in conjunction with the current exhibition Species in Peril Along the Rio Grande (on view through December 28). Presented in partnership with the Art & Ecology Program at the University of New Mexico, this event focuses on the US-Mexico borderlands, one of the most biologically diverse places in North America. The region traverses six eco-regions and provides home to 1,506 native terrestrial and freshwater animal and plant species, including 62 species listed as Critically Endangered, Endangered, or Vulnerable by the International Union for Conservation of Nature (IUCN) Red List. The proposed expansion of the “Wall” threatens not only human communities but also the incredible diversity of life and binational investment in conservation. This event begins with a poetry performance and is followed by a panel discussion on the history and ecological vitality of the borderlands and the threats facing the region. The line-up of speakers brings together art, science, history and activism. 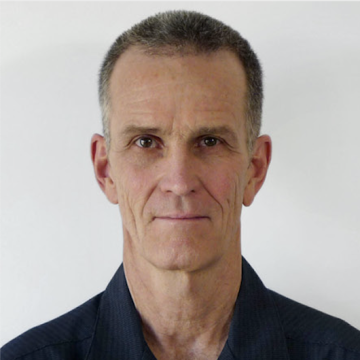 Michael P. Berman, one of the artists featured in the exhibition at 516 ARTS, wanders the terrain of the American West and Mexican Norteño, and more recently, the Gobi of Mongolia. He was awarded a Guggenheim Fellowship in 2008 to photograph the Chihuahuan Desert. He has received painting fellowships from the Arizona Commission on the Arts and the Wurlitzer Foundation. His books include: “Gila: The Enduring Silence” and the first and third books of a border trilogy with writer Charles Bowden, “Inferno” and “Trinity,” and his newest book “PERDIDO.” His photographs are included in the collections of the Metropolitan Museum of Art, the Amon Carter Museum and the Museum of New Mexico. He has received grants for environmental work from the McCune and Lannan Foundations. In 2013, he was honored with the Governor’s Award for Excellence in the Arts in New Mexico. 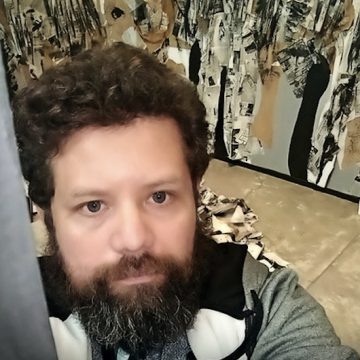 León de la Rosa-Carrillo, who will perform a poetry piece in response to the exhibition and will moderate the panel, is a remixologist and pedagogue. He is a professor and researcher in the Art Department at Universidad Autónoma de Ciudad Juárez since 2005, where he leads courses on audiovisual art, ethics, and contemporary image theory. His videos, poetry, multimedia performances and pedagogies have been shared in Mexico, the United States and Germany, among others. His PhD in Art History and Education is from the University of Arizona, where he researched the language of Internet memes for his dissertation. He lives in San Agustin, a small desert town outside of Ciudad Juárez; la frontera smashed him into shape. 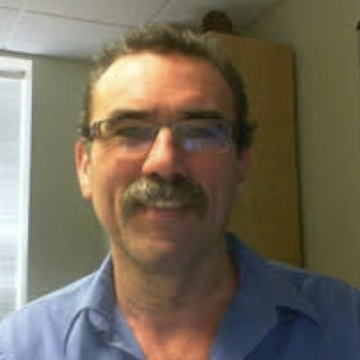 Rob Peters, PhD, worked for Defenders of Wildlife, one of the leading national organizations addressing the biological crisis. He authored Defenders’ 2018 report, “In the Shadow of the Wall,” on how the border wall will affect wildlife. He was the first author on a 2018 Bioscience article, signed by more than 3,000 scientists worldwide that called for halting US border wall construction in ecologically sensitive areas. He wrote Defenders’ 2017 report on possibilities for restoring the jaguar to the US, “Bringing El Tigre Home.” nd he is the author of Defenders’ 2018 report on how liquified natural gas plants planned for south Texas would threaten the remaining US ocelot population. Prior to joining Defenders in 2014, Rob was executive director of the Western Slope Conservation Center in the small town of Paonia, Colorado, and before that worked for World Wildlife Fund as an expert on how global warming affects biological diversity. Rob was co-editor with Tom Lovejoy of the book “Climate CHange and Biological Diversity,” author of “Warming World,” and most recently co-editor with Michael Soulé on his Island Press book “Collected Papers of Michael E. Soulé.” Rob received a PhD in biology from Stanford University and a BS with highest honors from the University of California at Santa Cruz. 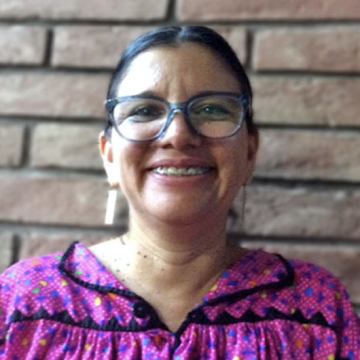 Ma. Eugenia Hernández Sánchez is a native of the borderlands. She has always moved between Ciudad Juárez, El Paso and Las Cruces to maintain ties with family and friends. Hernández Sánchez is a Professor at the Autonomous University of Ciudad Juárez’s department of Art. She earned a PhD in Critical Pedagogy at New Mexico State University with a concentration on Critical Pedagogies and Gender and Sexuality Studies. Recent work includes, “Placitas-Testimonios: Practicing methodological borderlands for solidarity and resilience in Academia” (with Flores Camona, Hamzeh, Bejarano and El Ashmawi, 2019). Guided by transnational feminist perspectives and art-based research, her dissertation focused on understanding and learning from youth’s migratory journeys between Mexico and the US, the process of detention and deportation. As a native of the borderlands, she has had the opportunity to learn from the complexities and possibilities of transformation on the border and this has been the center of Ma. Eugenia’s community and professional work. 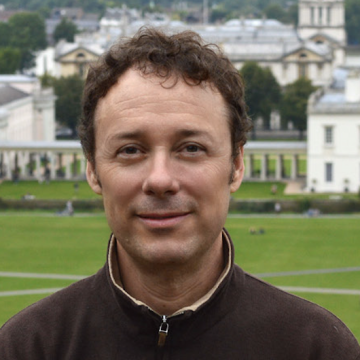 Samuel Truett, Associate Professor of History and Director of the Center for the Southwest at the University of New Mexico, received his PhD in History at Yale University. He is the author of “Fugitive Landscapes: The Forgotten History of the US-Mexico Borderlands” (2006), co-editor of “Continental Crossroads: Remapping US-Mexico Borderlands History” (2004), and writes broadly on borderlands, environmental, and Native American history. He has been a Fullbright Fellow at the University of Tampere (Finland), and has held major fellowships at the Huntington Library, Newberry Library, John Carter Brown Library, and Istitut d’Etudes Avancées (Nantes, France). He has led interdisciplinary efforts at UNM with the Newberry Consortium in American Indian Studies and Ted Turner’s New Mexico ranches. His new work on borderlands in the nineteenth century looks south across the hemisphere and west to the imperial and Indigenous spaces of the Indian Ocean, the China Seas, and the Pacific basin.

Species in Peril Along the Rio Grande